Register here
Back to news

Quotient Sciences, the drug development services organization, announced that it has received a Transatlantic Growth Award at a ceremony hosted by BritishAmerican Business in London on Wednesday, 8th May. The award, in the UK SME in the US category, was presented to Gordon Cameron, CFO, Quotient Sciences.

The award recognises UK companies that have made significant investments across the Atlantic in the last year. Quotient’s US investment included the opening of a state-of-the-art, 45,000-square-foot facility located near Philadelphia, in Garnet Valley, PA. The $15 million investment is helping to build a Centre of Excellence for early-phase formulation development and clinical trial manufacturing.

“Our new facility was built in response to increasing customer demand” said Mark Egerton, CEO of Quotient Sciences. “The site was specifically designed to optimize our ability to work with highly potent and poorly soluble molecules that dominate the industry pipeline. The facility also increases our capacity to provide integrated Translational Pharmaceutics® programs in the U.S., which deliver substantial benefits to customers including cost savings and reduced timelines to achieve proof-of-concept.”

The below image celebrates the 32 companies, including Quotient Sciences, that have made significant investments across the Atlantic in the last year. 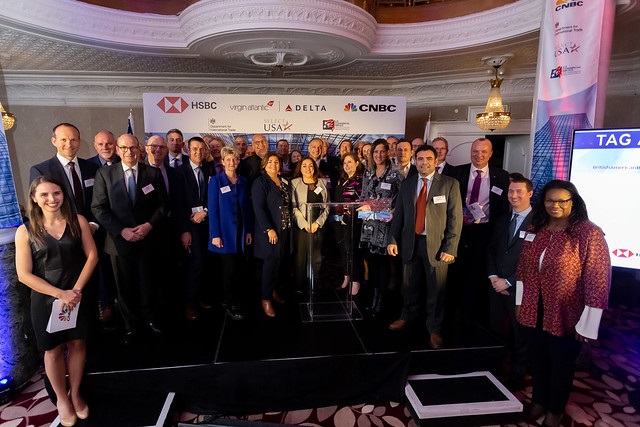 Awards
Back to news

Ask us a question

We use cookies to help us to improve our site and enables us to the best possible service and customer experience. By clicking accept you are agreeing to let us share your data with select third parties for analytics and marketing purposes.